Out of Thin Air

Long before Apple, some of our most disruptive innovators were those who grew apples—among other things.

That’s right: The Steve Jobs and Bill Gates of yesteryear were farmers. Agriculture wizards like Thomas Jefferson, George Washington Carver and Eliza Lucas Pinckney were not so much cutting edge as they were planting edge. They and others advanced the horticultural sciences and improved seed and crop cultivation, while tinkerers like Eli Whitney and John Deere improved harvest techniques.

These progressives radically changed our economy, our communities, our culture. How ironic, then, that farming today gets imbued with a more regressive than progressive vibe, a throwback quaintness—overalls and pitchforks—while techie hipsters claim the skinny jeans and pitch decks.

Not so at Summerville’s Tiger Corner Farms. There’s not a hay bale in sight. Here, purple sci-fi-ish lights look more Star Wars than an old-fashioned Back 40. Elaborate sensor systems monitor moisture and CO2 levels; wires and electrodes link rows of baby lettuces with sophisticated data systems. There are no old red barns looking lonesome and tired amidst vast acres of mud-caked fields; just clean, compact pods—former shipping containers converted into aeroponic growing containers, each one producing up to 7,000 lettuce plants a month.

The growers at Tiger Corner’s pod farms, with primary locations in Summerville and on Clements Ferry Road, are as much, or more, tech gurus as they are green thumbs.

“We’re a start-up,” says Stefanie Swackhamer, general manager of the three-year old company. “Only one member of our 13-person team has an agricultural background. The rest of us are engineers, coders, software developers, educators,” adds the former Latin teacher with a degree in classics. “But we all jumped on board because we believe in the mission.”

According to Swackhamer, that mission is threefold: to help create more sustainable, livable-wage jobs for a new generation of farmers, and in so doing, provide a local, healthy and sustainable food source, while educating the community about healthy eating and sustainability. By using innovative technology to fine-tune a controlled growing environment, Tiger Corner Farms is able to mitigate the weather risks and challenges that farmers face every day, obstacles that can result in headaches at best, whole crop loses at worst. Plus, here in the humid, hot Lowcountry, the growing season for conventional fresh lettuce is extremely short, so the supply is limited.

The pod farm is in essence an outgrowth of Charleston’s burgeoning tech economy. It began when Don Taylor, Swackhamer’s father and the former chief technology officer with Benefitfocus, was looking for a new project after retiring from the Daniel Island software company.

“He owned land outside of Charleston and wanted to put it to some sort of use that would be a way of giving back to the community, but he wasn’t interested in traditional farming,” Swackhamer says.

Taylor had heard about aeroponic growing techniques, and began researching technology in agriculture. Swackhamer, on maternity leave from teaching at the time, had become interested in nutrition and food access issues, after seeing the impact of diet and health on her students when she taught, first at a Braille Institute and then at R.B. Stall High School in North Charleston, and happily joined in the research. It was a winning equation—a daughter’s food passion plus her dad’s innovation prowess ultimately equaled Tiger Corner Farms.

They began exploring various growing environments, including greenhouses, but ultimately tinkered with a pod created from a former shipping container from Charleston’s port, discovering that these could be repurposed and engineered into modular aeroponic systems—with a nod to sustainability. When fine-tuned, container farming can maximize growing space, use 95% less water, reduce labor costs, provide crop quality control, the flexibility to grow anytime, anywhere and with a higher yield, and thus ultimately, lead to more sustainable income and higher ROI for the farmer. Lettuce, they discovered, is not only an optimal crop for vertical farming, but the demand for local fresh lettuce is huge. Currently 95% of the nation’s lettuce supply comes from California and Arizona.

Their first “beta” crop, which they gave away, was a leafy green success, and “we haven’t looked back.

“What started out as a small seed and a hobby, really, has now become my life,” says Swackhamer, whose sons are now ages 3 and 4. “I’ve always been someone who must believe in what I’m doing, or I’ll just stop doing it. Now that I’ve found this, I can’t imagine doing anything else,” she adds. “It’s exciting, fast-paced and different every day, with so many facets, from engineering, sales, marketing and education to the actual farming. You’re never bored!”

Indeed, the organization has in short order grown into AmplifiedAg, Inc., a diversified family of companies, with Tiger Corner Farms as the arm that creates the highly controlled aeroponic growing systems inside recycled shipping containers. Vertical Roots is the horticultural arm, where Matt Daniels, the lead horticulturist, and Andrew Hare, general manager, produce 30,000-plus heads of various lettuce varieties a month in each of the four-pod “farms” in Summerville and on Clements Ferry Road—produce that supplies more than 50 restaurants, four grocery store chains and 25 local public schools with fresh, local, organic lettuce. And Boxcar Central, managed by David Flynn, is an automation software platform that monitors the systems and tracks analytics for the pod farms as well as for local breweries (turns out the necessary control measures are similar for both).

Swackhamer may have left the classroom for the farm, but she and her team consider education a central component of their work. Their first customer was The Citadel, where cadets still farm in a Tiger Corner pod as part of their STEM curriculum. And they’ve partnered with Dorchester County Schools and Ashley River High School to supply the cafeterias with fresh, nutritious lettuce as a “Farm-to-School” program, and to teach students about the importance of healthy eating and sustainable farming.

“We’ve found that if you engage with students, teach them about how their food is being grown and provide them a high quality, good-tasting product, not only will students eat more healthfully but all parties will be profitable and it can be a sustainable relationship,” she says.

And the students are hardly the only ones doing their homework and learning new things.

“Over the last three years we’ve learned, and continue to learn, just how complex our food system is,” Swackhamer says. “But what we know for certain is that only through collaboration and education can we create change.”

And that change is happening.

The agri-tech field, specifically controlled environmental agriculture (CEA) is expanding, and thought leaders and major investors like Jeff Bezos, are catching on.

“People are starting to realize that indoor farming is not a fad, it’s here to stay, and they better jump on the bandwagon,” says Swackhamer. Growing the product as close to point of consumption as possible is one of the company’s goals.

“It means the produce is fresher and fewer trucks are on the road. And we can do it in a scalable way,” she adds. “People are beginning to realize just how doable it is.”

Register for our Weekly Newsletter 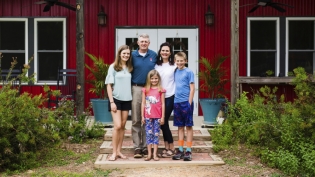 Terra Kotta Farms is planted with hopes of educating and encouraging others to try growing things themselves and in... 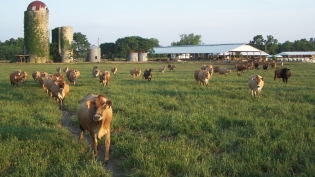 What it Means to Eat Local

When it comes to what we put on our plates, “local” is all the rage.

A Balance Made on Freshly Grown Farms

Groceries On the Go with Lowcountry Street Grocery

Terra Kotta Farms is planted with hopes of educating and encouraging others to try growing things themselves and in turn, grow people's interest in sustainable agriculture and healthy eating.

What it Means to Eat Local

When it comes to what we put on our plates, “local” is all the rage.
Article from Edible Charleston at https://ediblecharleston.ediblecommunities.com/shop/tiger-corner-farms-harvests-technology

Get the Lowcountry's seasonal recipes and food stories every week.